This recall is not about masks nor is it a partisan issue. The recall is about elected officials being held responsible for unlawful actions they took while in office.

On Tuesday, February 15, 2022, Richland School Board Directors Semi Bird, Audra Byrd, and Kari Williams participated in a special meeting, held a vote that was not included on the meeting agenda, and took the final action of making masks optional in Richland Schools, effective immediately. In doing so, they broke several Washington State laws and violated their oaths of office.

In addition, there is evidence that the three collaborated before the meeting to plan for taking the vote, which is in violation of RCW 42.30, the Open Public Meetings Act.

A detailed list of the violations can be found in the sections below titled "Details of Charges for Recall" and "Additional Concerns."


Any registered voter who lives within the Richland School District boundary can sign the petition.

The number is different for each director being recalled. It's based on 25% of the number of ballots cast when the director was elected. We've added a 10% cushion to account for errors, rejected signatures, or other problems.

The recall petition was approved by Benton County Superior Court Judge Norma Rodriguez on May 11, 2022. Directors Byrd, Bird, and Williams chose to appeal the decision to the Washington State Supreme Court. An En Banc Conference to consider the recall case is scheduled for February 9, 2023. After the recall petition is approved, the recall committee has up to 180 days to collect the required number of signatures to place the recall on the ballot.

Click the image below to view a full-size version of the recall timeline. 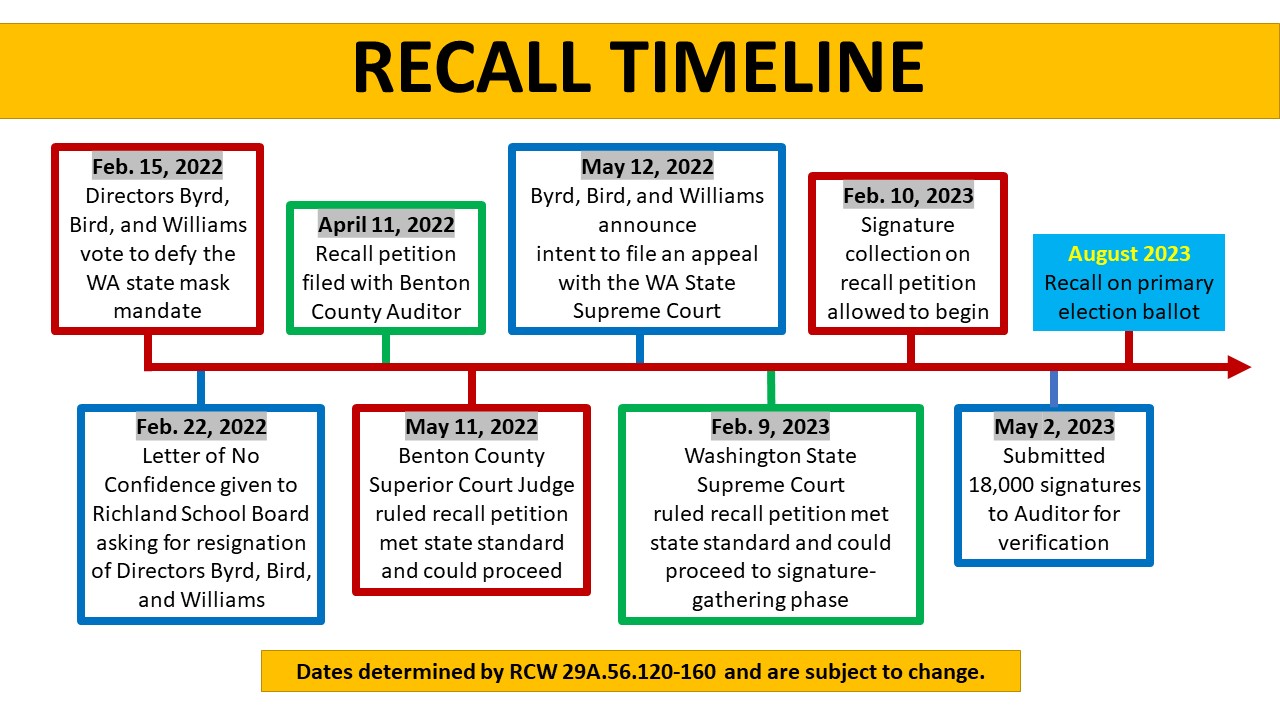 No. There are three different petitions. One for each of the three directors. If you believe that only one or two of the directors needs to be recalled, you do not have to sign the petition for the other directors.

Details of Charges for Recall

This page was last updated: